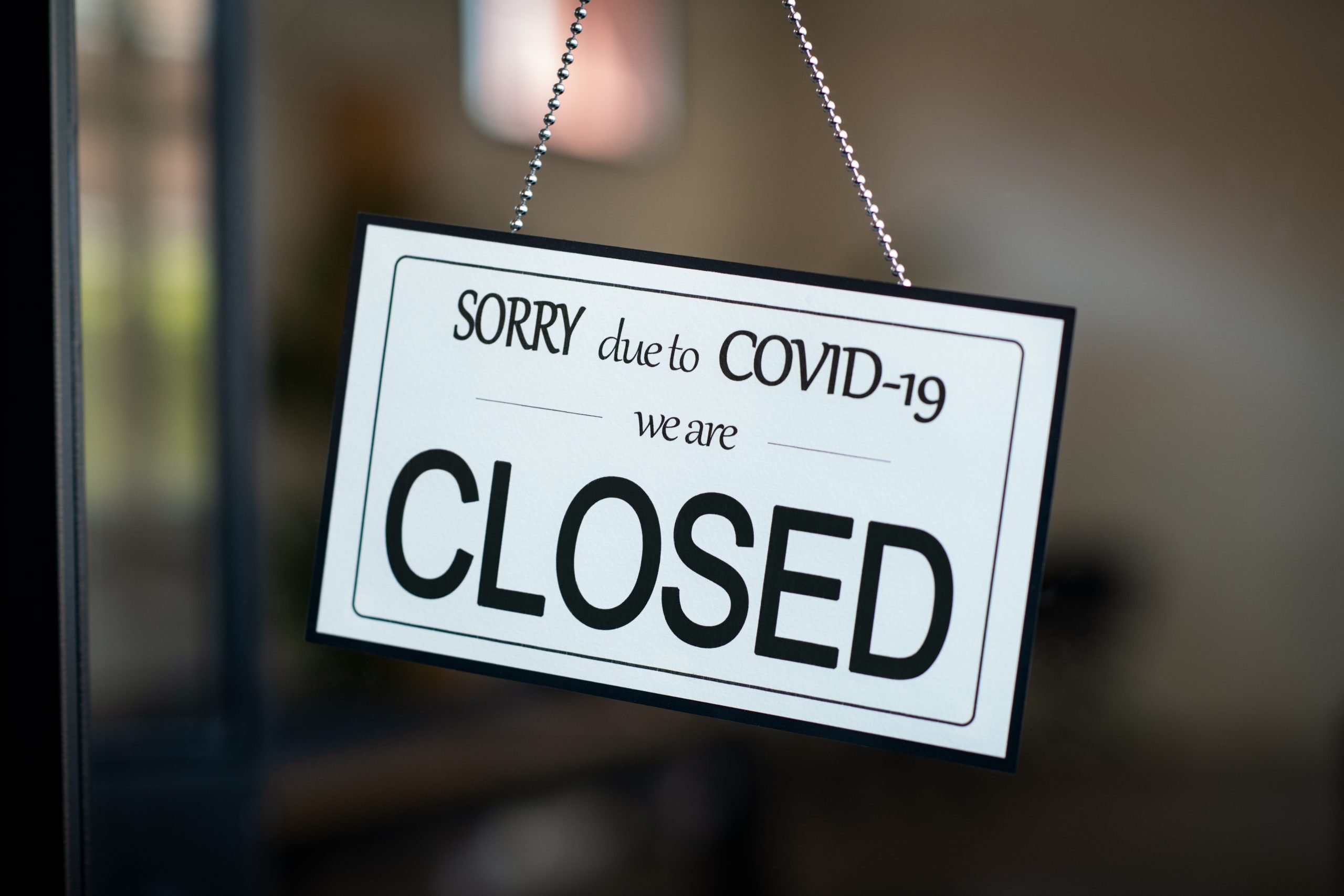 Posted at 10:55h in News by hello@niallflynn.ie

The Covid Outbreak and Business Interruption claims in Ireland.

The recent Covid outbreak in Ireland has led to many businesses being forced to close temporarily. Some have had to close entirely, others have been able to carry on only a small part of their previous activities.

Under many, but not all, Commercial Insurance policies cover is provided to businesses to protect them from commercial losses should their business be forced to close – this is known as Business Interruption insurance. Frequently this cover applies where a building is damaged, perhaps by a fire, but many policies extend the cover to provide for a situation where some circumstance beyond the control of the owner forces the business to close. Often this can arise through a government or local authority instruction to close. One particular reason for such a closure is where a notifiable disease occurs in the vicinity of the insured premises.

In Ireland, many businesses were forced to close from April 2020 after the Government put in place restrictions to deal with the outbreak of Covid which was growing across the country. These closures lasted in many cases for several months; some businesses have been closed continuously since that time. As a result, these businesses suffered considerable financial losses and they turned to their Business Interruption policy to compensate them, at least partially for their losses. However, it soon became evident that the majority of Insurance companies decline to pay out on many claims – broadly arguing that it had never been their intention to cover an outbreak of disease such as had occurred with Covid.

As a result of these declinatures, a number of test cases are proceeding through the Irish legal system; others are being handled by the Financial Ombudsman. On 5th August 2020, the Central Bank of Ireland issued guidance to insurance companies on how to interpret policy wordings in a way that would treat customers fairly. But it recognised that different insurers employed different wordings and that disputes required individual resolution having regard to the precise wordings employed.

At the same time, in the United Kingdom, the Financial Conduct Authority, who are the regulator for Insurance companies in that jurisdiction, were faced with a similar situation but decided to take a different approach. With the assistance of the Commercial Division of the English High Court, the FCA constructed a test case involving eight different insurance companies and forty plus policy variants. The aim was to establish the degree to which similar polices would respond, or not, to claims for financial losses occasioned by the Covid closures. This case proceeded and judgment was given in September 2020; a subsequent appeal to the UK Supreme Court was held an its judgment was given in January 2021.

Recently the important Irish test case of Hyper Trust Limited v FBD Insurance was heard by MacDonald J. in the Irish High Court. This case was brought by four Irish publicans whose insurer FBD had declined to cover them for the losses they had suffered from their businesses being closed. He delivered his judgment on 5th February 2021. The Insurance company offered a number of arguments to support its declinature of the claim – these included that the policy was never intended to provide “pandemic insurance”; that the losses were not caused by the Covid outbreak within the required 25 mile radius of the businesses but rather by Government restrictions which were aimed at the whole country generally; also that the publicans losses would have arisen in any event as their business volumes fell away because the public at large decided that the incidence of the disease precluded visiting pubs and necessitated social distancing and other protective measures.

The judgment of MacDonald J came to the important conclusion that the precise wording of the policy contract as set out in the policy document was the basis upon which claims should be assessed. [This accorded with similar findings in the UK High Court case].
As a result, he determined that the losses were caused jointly by the Covid outbreak and by the resulting Government restrictions. He further held that the policyholder only needed to demonstrate that a case of Covid had arisen within the stated policy radius of his premises at the relevant time in order to make a valid claim. He cited with approval the UK judgment in the Miss Jay Jay insurance case which provided for a situation where there were multiple causes of loss only some of which were covered by the insurance policy. He therefore dismissed the FBD argument that the publican’s losses were not solely caused, and not even primarily caused, by the Government restrictions. He noted that FBD had no exclusion in their policy which prevented a situation with overlapping causes to be covered.

He therefore found in favour of the four publicans who had made claims. He will hold a further hearing to determine the value of the claims. An important issue being the impact of a “trends clause” in the policy which is used in the evaluation of the losses suffered due to the insured event.

Following the judgment in Hyper Trust v FBD, it is expected that a number of further test cases will run to test business interruption policy wordings of different insurers and in different business contexts. Already the Restaurant Federation of Ireland has announced its intention to bring a test case on behalf of its 1200 members; we may expect similar test cases in respect of hoteliers and indeed of retail businesses which were forced to close.

The Central Bank of Ireland has instructed insurers to re-examine their declined claims in the light of the Hyper Trust finding (and also having regard to the FCA test case) since many policy wordings are similar or have minor variants from those in these cases. The UK test case, in particular, examined many wordings which are duplicated by the Irish subsidiaries of the insurance companies concerned. It is to be expected that similar interpretations of principle will apply across these and future actions.

The Central Bank has gone a step further and encourages policyholders to bring forward test cases where they feel a particular wording should be interpreted in their favour. Insurance companies have been requested by the Central Bank to bear the reasonable legal costs of Plaintiffs in cases such as these – however it is unclear to what extent insurance companies will do so in circumstances where they are actively trying to discourage claims reaching the Courts.

We are currently acting for Plaintiffs who have had Business Interruption claims caused by the Covid restrictions rejected by Irish insurance companies. We are always happy to offer advice to claimants in this position who are considering taking further action against their insurers. This would include a thorough analysis of the policy wording; advice on how to proceed and if appropriate the initiation of a test case.