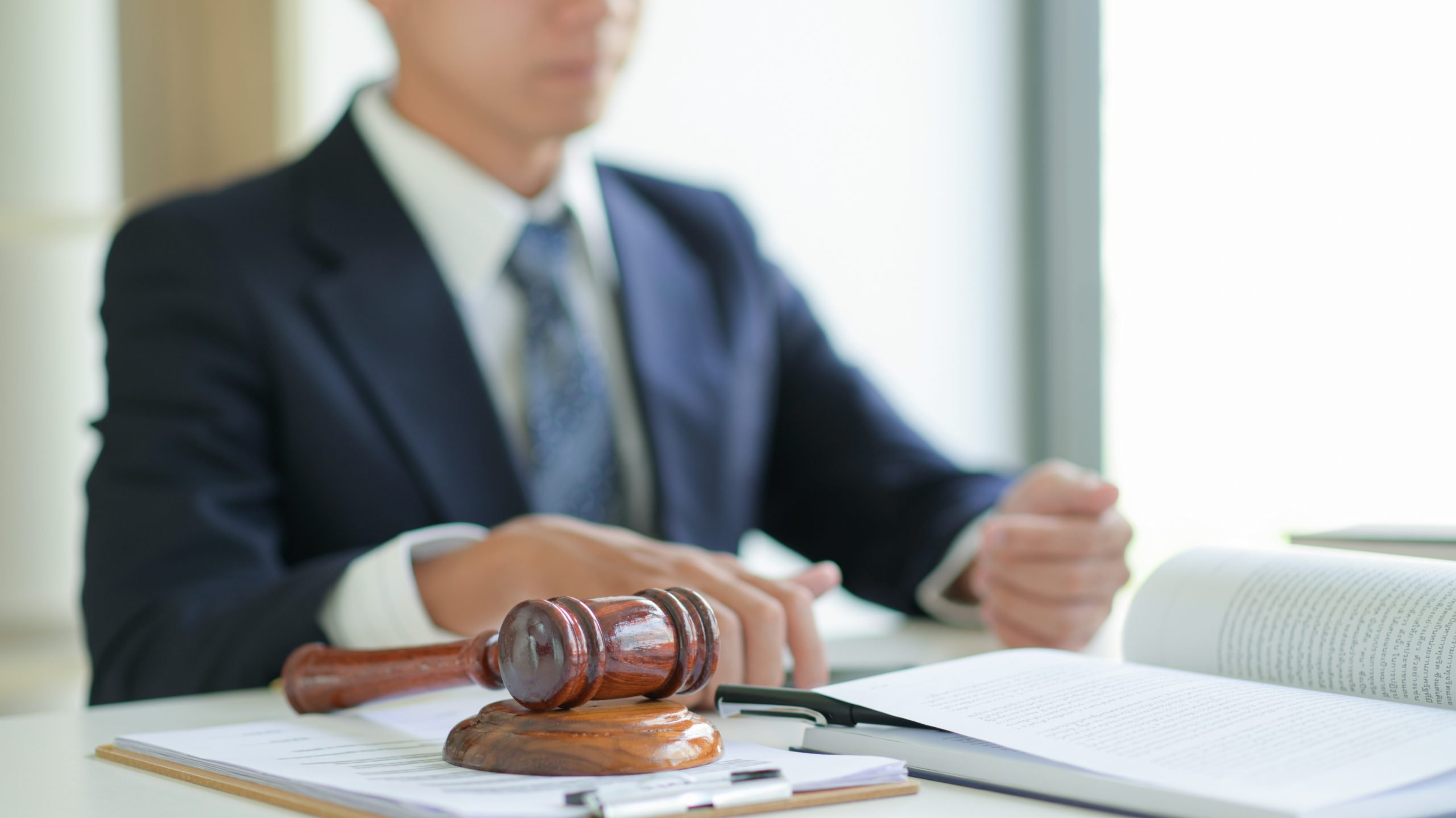 Posted at 10:42h in News by LorraineOHanlon

How might this case impact on future awards to plaintiffs?

In recent years many defined benefit pension funds have fallen into deficit, primarily because the income earned on their investment portfolio has fallen well below their expectations.
This problem is essentially the same one that Cross J faced in the Russell case— how a lump sum can be invested prudently to produce the optimal flow of future income.

Gill Russell had suffered catastrophic injuries at birth and needed a substantial compensatory award that would pay for his future care throughout the expected 45 years of his
life. It was originally hoped that this case would be one of the first to benefit from the use of Periodic Payment Orders (PPO) which would allow the judge to make an award consisting of annual payments. These could be reviewed as necessary in future years. However, the Government has yet to pass the enabling legislation despite much prompting from the judiciary. Cross J thus found himself having to translate the future care costs of Gill Russell into a single lump sum figure. The key problem he faced in this task was to establish the investment return, after allowing for inflation, that the trustees for the Plaintiff could earn over the period of his expected lifespan by investing the large lump sum.

The seminal case of Boyne v Dublin Bus in 2003 had fixed the real rate of investment return (known as “the discount rate”) to be used at 3%. This rate has been widely followed
in subsequent High Court cases despite significant changes to the investment markets over this period. The underlying assumption is that a Plaintiff can take his compensatory lump sum and invest it in such a manner that will produce a return of 3% above the rate of inflation for the duration of his life without incurring a major risk of loss of his capital.

Unfortunately, in recent years, this assumption has proved to be far from a reality for most investors. The stark choice is between the safety of low yielding safe government stocks or taking a much riskier route of a mixed fund containing a large equity component. What is clear is that there is no safe way, in current market conditions of earning a 3% real rate of return. As a result many tort practitioners have criticized the use of such a high discount rate arguing that it was unfair to plaintiffs who would ultimately find that their assessed lump sum was insufficient to meet their long-term needs.

How should a lump sum obtained by a Plaintiff be best invested to both protect their capital and to allow some protection against inflation?

Conventional wisdom would suggest that a lump sum should be invested in a “mixed fund” of investments made up of government stocks, equities and possibly property.

The mix of the fund would be chosen to reflect the risk appetite of the Plaintiff. A Plaintiff willing to maintain a more risky strategy would invest more in equities and over the long-term would expect a higher return. A more risk averse Plaintiff would invest more heavily in government securities but would thus expect a lower return on their investments. In Boyne v Dublin Bus, it was argued that a suitable mixed fund could produce a 3% real return over a long period.

In the aftermath of the 2003 and 2007 equity crashes, many institutional investors have concluded that a mixed fund strategy containing a large portion of equities to
match long-term liabilities is simply too risky for the underlying purpose. The probability of serious capital erosion is too great. In the context of a tort award, a needy Plaintiff could well find his lump sum award being exhausted well before his retirement or his death.

In recent years a new investment vehicle has been developed which better fits the bill for Plaintiffs. These are Index Linked Government Stocks (ILGS). These offer security coupled with inflation protection. While ILGSs are much less risky than equity investments they offer more restricted opportunities for capital growth. Since their introduction they have been snapped up by banks, insurance companies and institutional investors as an excellent way to protect their core capital but at the same time providing inflation protection.

ILGSs have been available in the UK and USA for some time and were briefly considered by Finegan P in the Boyne case. However the risk of currency fluctuations
and economic divergences between different countries made them unsuitable for Irish Plaintiffs. However the advent of the Eurozone and the subsequent issuance of ILGSs by France and Germany have changed the picture. An Irish investor can now avail of these investments with no more risk (arguably less risk)than that of mainstream Irish government bonds.

So should a Plaintiff continue to be deemed to use a “mixed fund” to invest their lump sum or instead use ILGSs?

Having reviewed the evidence of the expert witnesses on both sides, Cross J decided that the use of ILGSs for investing Gill Russell’s lump sum was the correct answer. He noted however that France and Germany did not currently issue many long-dated ILGSs and concluded that for the part of the investment period stretching out beyond 20 years, a “prudent mixed fund” should be used with the fund gradually transferring into ILGSs as the years passed. He noted that the current return on ILGSs stood at 0%, but he felt that this would probably rise over time and thus held that a discount rate of 1% should be used to calculate the multiplier for the whole 45 year period. In reaching his conclusion, he expressly approved the Privy Council reasoning in the Guernsey decision in Simon v Helmot (2012).

An important corollary of his reasoning is that had the investment period of the award been less, say 20 years or less, Cross J would not have been able to support the additional 1% uplift and would properly have used the current market yields of 0%.

The HSE stated that they would appeal this finding.

“The House of Lords in Wells v Wells applied its no risk reasoning to all plaintiffs, and while there is considerable logic to that approach, I am not dealing with all plaintiffs. I am dealing with Gill Russell who is totally dependent on his fund lasting him for his agreed life span.”

“What is important is that the plaintiff receives full compensation, that the investment be as risk free as possible and that the sum should be invested prudently.”

“Any plaintiff will also be more risk averse than an ordinary prudent investor in the market place.”

The Cross decision must be treated with some caution in deciding its applicability to other Plaintiffs. The Russell case was exceptional in the level of future care required by the Plaintiff and his total reliance on the compensation sum provided.

Cross J acknowledges that Plaintiffs differ in their circumstances but also points out that the leading House of Lords case Wells v Wells, “which has already been embodied into Irish law” (per Cross J), is authority for the proposition that all Plaintiffs should be treated as prudent investors and also that they must be assumed to be risk averse in the investment of their lump sum award. Wells v Wells concluded unequivocally that ILGSs should be the investment vehicle of choice for Plaintiffs. Cross J concludes “Any plaintiff will be more risk averse than an ordinary prudent investor in the market place.”

Consequences of the decision

The financial burden of awards for cost of future care falls principally on the State or onto Insurance companies. It must be expected that the reasoning in Gill Russell will apply directly to future catastrophic awards. It is hard to see how the “prudent investor” profile should not be extended to all Plaintiffs, whether catastrophic or not. Also the position in relation to a loss of earnings case (such as occurred in Helmot) is little different from a future care case. This is particularly so where a Plaintiff suffers a loss of earnings within 15 or 20 years of retirement. It is wholly appropriate to categorise such a person as a “prudent investor” who should invest their lump sum in ILGSs -implying the use of a 1% discount rate. In fact arguably the lower discount rate of 0% could wll be applied in such cases.

The impact of a lower discount rate varies significantly with the age of the Plaintiff but special damages calculated for future cost of care could rise on average by 40%. For loss of earnings awards, if a 1% rate is applied, these could be expected to rise by a lesser amount, perhaps by 20% to 25%.on average.

Cross J also points out in his judgment that under s.24 of the Civil Liability and Courts Act 2004, the Minister has the power to prescribe the discount rate that should apply
to future losses—albeit that under s.24(3) a court may use a different discount rate if it considers an injustice would result. No rate has ever been fixed by the Minister. In England, the Lord Chancellor holds similar powers and has used these to fix a rate of 2½% since 2004. This has led to much controversy and after a lengthy review an expert panel is due to recommend a change in the Spring of 2015. This is widely expected to reduce the rate to 1% or even 0%.

Conclusions and the future

It is too early to come to a definite view of the impact of this decision. A narrow reading of the case would conclude that the reduced discount rate might only apply to catastrophic cases or might only apply to the calculation of the cost of future care.

However, it is suggested that reasoning of Cross J, and of the English cases which he approved, does not support such a narrow interpretation.. Many plaintiffs will rely on the lump sum award to provide for their future needs. Such plaintiffs have a similar risk aversion to Gill Russell and so should expect a similar treatment when it comes to calculating the amount of award. In the words of Cross J, “what is important is that the plaintiff receives full compensation, that the investment be as risk free as possible and that the sum should be invested prudently”.

It is clear that this case represents a watershed. The rigid assumption of a fixed 3% discount rate is no longer appropriate. The onus now falls on Plaintiff legal advisers and their actuarial expert witnesses to make the case as to why their client should be treated in a similar manner to Gill Russell in seeking restitution for their future losses.