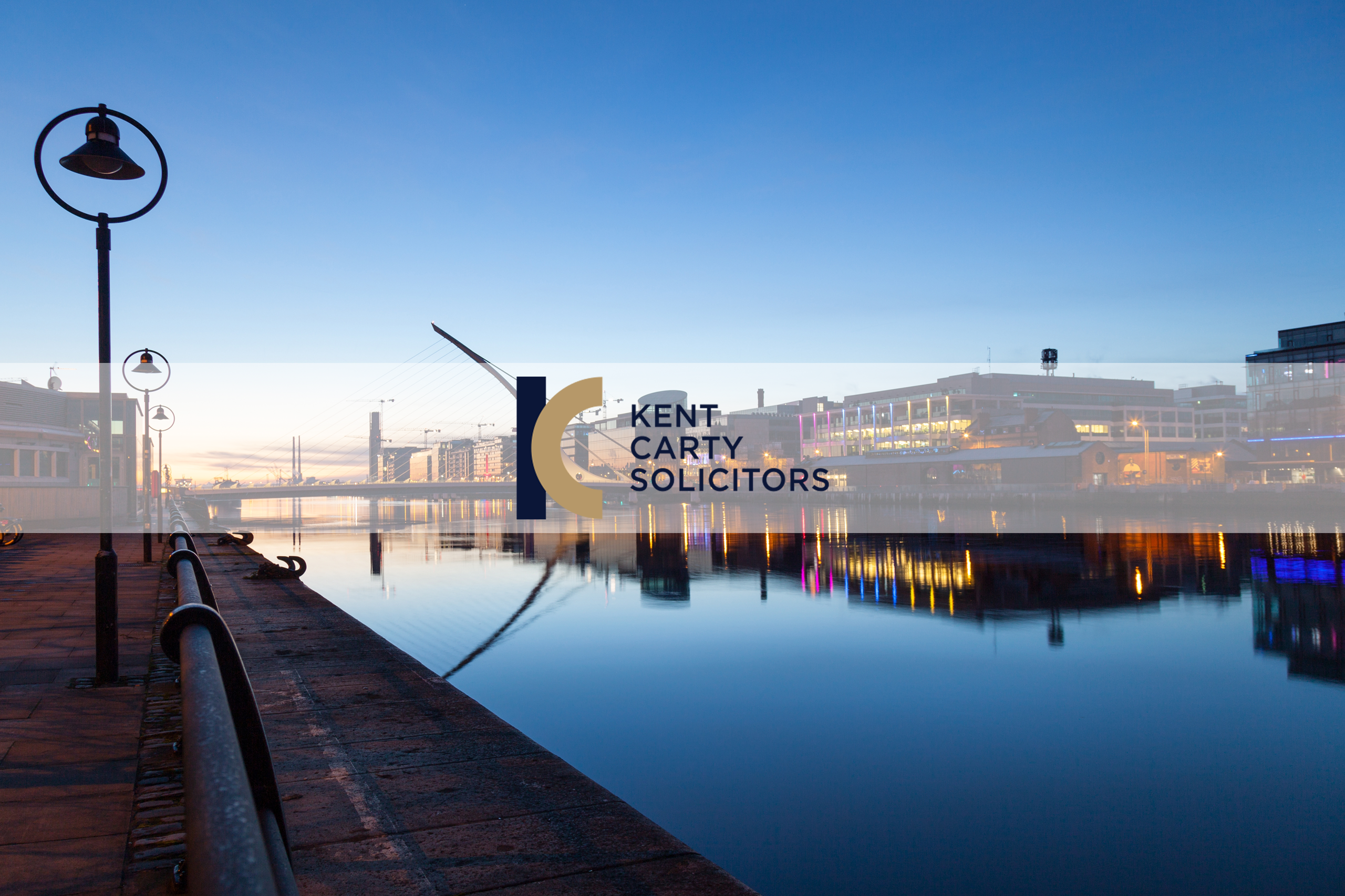 Posted at 10:31h in News by hello@niallflynn.ie

Following a recent judgment of the Court of Appeal, Plaintiffs may find themselves more exposed to possible Costs Differential Orders

In two important cases heard by the Court of Appeal in the latter months of 2020 the original awards of general damages made to personal injury Plaintiffs in the High Court were substantially reduced.

In McKeown v Crosby and Visella [2020] IECA 242, Mr. Justice Noonan reduced the award made at first instance for general damages from €75,000 to €30,000. The case had originally been heard in the High Court in Dundalk before O’Hanlon J where, per Noonan J., the case had been conducted with “remarkable efficiency” and had occupied the Court for no more than half an hour. He held that ex tempore judgment gave no clear indication as to the reason for the divergence from the levels advised in the Book of Quantum.

An important aspect of the case is that the level of the final award now fell well within the Circuit Court jurisdiction and accordingly the parties were asked to make written submissions regarding the appropriate level of costs which would be adjudicated at a later date.

In both these cases, Noonan J held that an erroneous application of the Book of Quantum in assessing the general damages by the initial trial judges amounted to errors of law and so mandated the Court of Appeal to intervene to “correct” the awards to a suitably proportionate level.

It is worth noting, in passing, that with the imminent introduction of the new Personal Injury Guidelines, first-instance Courts that exhibit a significant deviation from the guidelines in their awards of general damages are on warning that they should explain and justify such deviation or else render themselves vulnerable to a correction by the Court of Appeal as occurred in the above cases.

For the balance of this note, we examine the implications of such reductions for the evaluation and apportionment of costs. The former case presents a striking example of the problem facing an unwary Plaintiff and of how advisers to the Defendant should proceed. The case returned to the Court of Appeal for the assessment of costs on 11th May 2021.

The statutory framework for the resolution of cost issues in litigation is now found in sections 168 and 169 of the Legal Services Regulation Act 2015 (LSRA 2015) together with Order 99 of the Rules of the Superior Courts. The relevant sections of the 2015 Act came into force on 7th October 2019 and the recast O. Rule 99 took effect from 3rd December 2019.

A ‘letter of offer’ (commonly known as a Calderbank letter) can be used by a Defendant in a civil case to induce the Plaintiff to settle the litigation and thereby limit the legal costs incurred. However, under SI no. 12/2008 such offers could be considered by a Court when assessing the apportionment of costs between the parties but crucially this did not apply to personal injury actions. Under the LSRA 2015 Act , requires a Court to consider any such offer letters in all civil proceedings – thus effectively extending the previous provision to personal injury actions.

In Higgins v The Irish Aviation Authority [2020] IECA 277 Murray J considered the application of this revised legislation. He noted that apportionment of the costs of an action remained within the discretion of the Courts (see O’Connor v Bus Atha Cliath [2003] 4IR 459) but also considered the new subparagraph of s.169 (f) of LSRA 2015. which allows a Court to have regard to “whether a party made an offer to settle the matter the subject of the proceedings, and if so, the date, terms and circumstances of that offer”.

In McKeown v Crosby the Defendant had sent a letter of offer to the Plaintiff prior to the appeal in the case. Noonan J. would need to consider the impact of this letter in formulating his costs letter (see further below).

A further aspect of cost apportionment that Noonan J. would consider was the possible application of a Costs Differential Order. This situation arises where a Court has awarded damages which fall within the jurisdiction of a lower court – for example, Circuit Court damages being awarded in a High Court case.

The law in this area and its application was considered in the joint appeals Moin v Sicika and O’Malley v McEvoy [2018] IECA 240 where the Court held that the provisions of s. 17(5)(a) of the Courts Act 1981 should be applied and a Costs Differential Order made. The Plaintiffs in each case had been awarded damages in the High Court which were well within the Circuit Court jurisdiction but in each case the trial judge had refused to make a costs differential order. He held that:

“it is incumbent on a trial judge in circumstances where an award is significantly within the jurisdiction of a lower court to make a differential order unless there are good reasons for not doing so.” [Our emphasis].

“Neither trial judge gave consideration to the fact that in each case the Defendant had specifically warned a year or more prior to the trial that the proceedings were in the wrong jurisdiction…the Plaintiff ought at that point at least to have engaged with the issue raised by the Defendant and to have considered whether it would be wise to have the case remitted to the Circuit Court”.

The salient chronology in McKeown was set out as follows:

7th November 2018 – The Defendant’s solicitors entered an appearance and issued a letter to the Plaintiff’s solicitors warning that if the Defendant failed to achieve damages within the High Court jurisdiction, they would apply for a Costs Differential Order.

18th December 2019 – Immediately following the trial at Dundalk High Court, the Defendant’s solicitors sent a Calderbank letter to the Plaintiff’s solicitors offering a lower sum plus Circuit Court costs failing which they would appeal against the award made.

Faced with these facts, Noonan J firstly held the Plaintiff entirely to blame for failing to remit the case to the Circuit Court saying that after updated medical reports:

“No reasonable person could have thought at this stage (April 2019) that there was any prospect of the Plaintiff’s damages falling within the jurisdiction of the High Court … but the Plaintiff did nothing to remit the case to the Circuit Court”.

Secondly, he held that the onus for such remission lay entirely with the Plaintiff, she made a free choice to pursue the case in the High Court and could not rely on the Defendant to apply for the case to be remitted.

Thirdly, he dismissed the Plaintiff submission that it would be unduly harsh to penalise her in costs on the double – both the costs of the appeal and the application of the cost’s differential order. He found this regrettable but an inevitable consequence of her rejection of the Calderbank offer.

The Court then made the following orders:

Thus, the Court found entirely in favour of the Defendants’ appeal with Whelan J and Power J approving the judgment of Noonan J.

In another important decision of Higgins v Irish Aviation Authority [2020] IECA 277 Murray J. in the Court of Appeal considered the “range of circumstances “where the Court might consider exercising its discretion against making a Section 17 (5) Order. This included where, for example, something unpredictable or uncertain occurs at trial, an apportionment of liability, or where an item of special damages might be disallowed with the same effect. The Plaintiff might have commenced these proceedings in the High Court based on a medical opinion and it was subsequently determined at trial to have been incorrect. Murray J noted these are all circumstances that should be considered by the Court in the exercise of the discretion.

A curiosity of this judgment is the remark that “no reasonable person” would have thought there was any prospect of High Court damages being awarded even though the High Court Judge in first instance had made an award at the higher level.

It is notable that while the judgment of Noonan J is severely critical of the Plaintiff for failing to foresee that they would only receive Circuit Court damages, no criticism is made of an experienced High Court judge who made the “erroneous” award. A Plaintiff might legitimately point to the fact that the original award was made by the High Court Judge.

While on the facts the application of a Costs Differential Order is not overly harsh on the Plaintiff, it is arguably harsh to impose, in addition, the totality of the costs of the appeal when ultimately responsibility for the appeal must rest largely with the misjudgement of the trial judge at first instance.

Lessons to be Learned

Following the revision in the statutory provisions relating to both Calderbank letters and to Costs Differential Orders a number of new weapons can be deployed by a Defendant solicitor where they consider a case to have been raised by the Plaintiff in the wrong jurisdiction – particularly following the implementation of the new Personal Injury Guidelines.

They should at an early stage request the Plaintiff to consider remitting the case to the appropriate lower jurisdiction and warn of the consequent potential impact on costs if they refuse. Whenever appropriate based on expert evidence, they should issue a Calderbank letter making a suitably lower offer to the Plaintiff and again warn them of the possible negative impact on their costs if they decline the offer or refuse to remit.

As for a Plaintiff solicitor they should carefully consider the salutary lesson of McKeown and the severity of the financial impact on their client of falling into a similar trap. They will need to carefully frame and record their advice to the Plaintiff lest they might themselves become the subject of a claim for professional negligence.