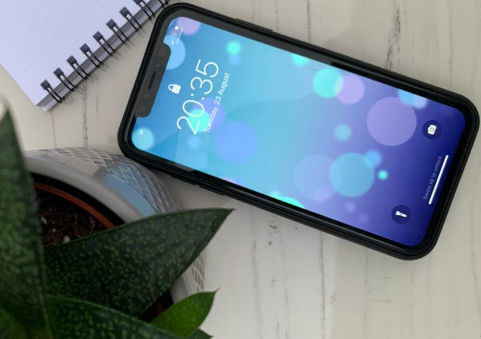 Posted at 16:41h in News by Kent Carty Solicitors

Covert Recordings with One Party consent.

The issue of covert recordings of telephone or other forms of telecommunications has become more prevalent due to the ease with which phone or video calls can be recorded by members of the public on their mobile devices. This raises an issue as what consent is required from the parties to the call for the recording to be relied on, for example in Court proceedings.

The Interception of Postal Packets and Telecommunications Messages (Regulation) Act, 1993 (“the 1993 Act”) define inception as follows;

Under the 1993 Act, only single party consent is all that is required for secretly recorded telephone calls to be considered legal in Ireland. This means that as long as one party participating in the telephone conversation consents, whether it is the person making the recording or a participant if different, the recording will be considered legal. The 1993 Act only applies to telephone calls and not to meetings or calls held over the internet via Skype, WhatsApp, Facetime, etc.

However, while recordings of telephone calls only require single party consent in this jurisdiction, issues may arise in respect of data protection concerns under the Data Protection Act 2018 which give effect to the General Data Protection Regulations (GDPR) and/ or the constitutional rights to privacy which are also enshrined in the European Commission of Human Rights.

GDPR governs the use of personal data which is any piece of information that relates to an identifiable person, defined as follows.

“An identifiable natural person is one who can be identified, directly or indirectly, in particular by reference to an identifier such as a name, an identification number, location data, an online identifier or to one or more factors specific to the physical, physiological, genetic, mental, economic, cultural or social identity of that natural person”.

The GDPR also provides that a person’s data should only be collected lawfully, fairly and for a specific purpose and not be retained for longer than necessary for that purpose. This applies to all forms of recordings.

In the event that a covert recording contains personal data GDPR concerns may arise and the question to whether a breach of someone’s data protection rights has occurred depends on the context of the call or conversation recorded and its intended use.

There is also an exception under GDPR where personal data is used and/ or processed for personal or household use (the household exception) which may apply to private recordings of family events for example. However where the recording is made in a commercial or employment setting, the exception will not apply and the data controller and/ or the person who made the recording must comply with the provisions of GDPR regarding the intended use of the recording.

The constitutional right to privacy is often balanced against other competing rights of individuals. For example in the case of a recording of a professional in a public role, it may be argued that the professional was acting in their public professional role at the time of the recording and is not entitled to a right of privacy.

In order to balance competing rights, it may be necessary to determine whether the act of making a recording was a deliberate, conscious or unjustified breach of the subjects right to privacy or whether the right to freedom of expression outweighed any such consideration.

For example, in 2005 a case came before the High Court in relation to covert filming at the Leas Cross Nursing Home for use in an RTÉ investigation report in the case of Cogley v RTE [2005] 4 IR 79.  The nursing home’s management objected to the footage being used and said there was no permission for the recording and that it breached the reasonable entitlement to privacy and confidentiality of staff and patients. Mr Justice Clarke weighed those rights against the right of RTÉ to freedom of expression in the context of investigate reporting on matters of public concern. He refused an application to restrain RTÉ from using the footage in the documentary. However, he made an order restraining any further trespass by or on behalf of RTÉ to obtain any further footage.

In summary, single party consent is only required for the recording of a telephone conversation under the 1993 Act in Ireland. However the 1993 Act does not apply to internet calls via Facetime or WhatsApp for example, or covert recordings of meetings and private conversations.

Further, while a secretly recorded telephone conversation is not illegal, concerns may arise regarding the non-consenting participant’s rights under GDPR regarding the use of the personal data and their constitutional right to privacy.